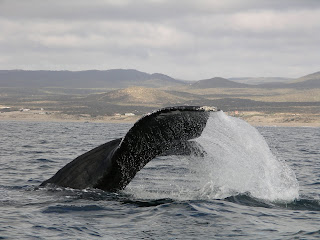 Turtles by the Sea 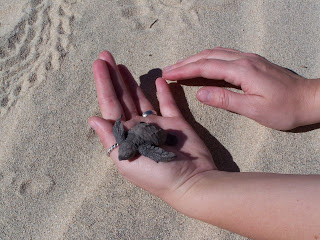 Our gracious hostess; Devora, told us about a wonderful beach, Los Arbolitos, that we checked out on Tuesday, January 18th, 2011. As we pulled up we saw a couple excited locals on the beach. They gestured us over to see what all the excitement was about. Baby sea turtles had just hatched and were playing around in the sand. It was an amazing site to see and they even urged me to hold one! My partner and I felt so blessed to experience such an event! This whole trip has been such a beautiful one. I lack the words to even describe it. Villa del Faro is a paradise unlike any other place we have seen on earth. We are so glad that it found us. ~ Jordan & Jenni Blue
Posted by Villa del Faro at 5:26 PM No comments:

Our latest guests!!!! click the link to see this - it is a ( well not exactly) typical visit to Villa del Faro.